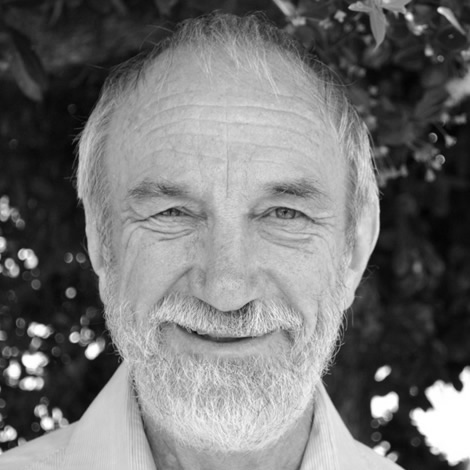 Ulrich Bernard Meggersee was born on 31 December 1951 and grew up in the little rural village of Willowvale, Eastern Cape, South Africa.

His resemblance to the young actor in the movie “Goodbye Mr. Chips”, acquired him the nickname of Chips to which he is fondly referred. At the age of 5, whilst playing hide and seek on his grandfather’s farm one night, Chips ran into a pillar. He was knocked out and suffered a concussion. The severity of the impact caused two neck vertebrae to become fused and migraine headaches were the result of this. These migraines steadily worsened over time. By his late teens he was reluctant to perform any strenuous activity with his arms as this would bring on a severe migraine which would last for weeks. No over-the-counter medication was of any benefit so he suffered in silence.

In his mid twenties he started seeing chiropractors and felt for the first time that someone was able to help ease his migraines. After a few years of being treated he noticed that his body would tense up and not return to a relaxed state until after he had left the Chiropractor’s room. This was troubling to him as he felt that his inner being was telling him that this was not the place to be. Despite this he went to America in pursuit of a solution and studied Chiropractic at Sherman College, South Carolina from 1980 to 1983. He used this education to broaden his understanding beyond chiropractic and attended many other seminars where he learnt other chiropractic techniques. He combined these techniques by practicing on his willing fellow students.

Chips was reluctant at first to work on them as this was in contravention of the rules of the college, which prohibited any student from working outside of the clinic unsupervised. This was potentially serious because contravention of this rule could have resulted in his expulsion. However, his eagerness to learn and his desire to achieve greater things pushed him forward. He developed his own unique way of working and was encouraged to continue doing this by his fellow students.

Upon his return to South Africa, Chips set up a practice from his home in Cape Town, working by word-of-mouth referrals. His reputation rapidly spread and he soon built up a very busy practice. At this time complementary and alternative health practices were new in this country and sometimes the going was tough. He faced challenges and accusations that he was practicing without the appropriate license. Authorities were sent out to investigate these allegations and many statements were taken from his clients. Ironically the investigating officer suffered with a sciatic nerve problem. Little did he know that his duty had sent him to the very place that was to be the solution to his problem. Chips worked on him and as he began to feel better he became an ally in the case of keeping Chips in practice. In 1987, as his reputation became even more widely known and the need for expansion became apparent, he moved his practice to 81 Rosmead Ave, Kenilworth where he still practises today. 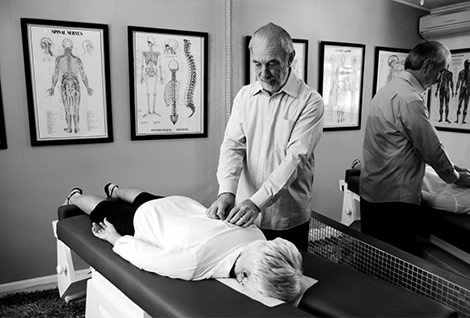 Expanding his vision and always keeping the goal of wellness and his belief that the body can heal itself uppermost led to the birth of Directed Pressure Point Technique in 1999, which combined all the knowledge and insight he had gained over the years.

It was this conviction that led to him being recruited by the Indian Cricket Team, coached by Gary Kirsten and Paddy Upton, to tour with them in India, England and New Zealand in 2009/10. Working on the players and ensuring their bodies were in peak form culminated in the Indian Team winning the World Cup and being No 1 in the world.

2013 marked Chips’ 30th year in practice. He is an insightful man who displays incredible warmth and caring towards his clients. He inspires and encourages them with his unending enthusiasm for and wonderment at the body’s incredible power to heal. He has been a beacon of hope to many and has transformed the lives of thousands of people.

Only those whose names appear on the register of Practitioners are permitted to practice DPPT.  Obtaining the annual required CPD points continually monitors their level of proficiency.  This ensures that Practitioners are kept abreast of the latest developments and techniques.